Recently, the Government Accountability Office (GAO) released a letter that it sent to Sen. Orrin Hatch of Utah regarding Section 1332 Waivers, also known as State Innovation Waivers. These waivers, authorized under the Affordable Care Act (ACA), permit the federal Departments of Health and Human Services (HHS) and Treasury to waive certain aspects of the ACA upon a state’s request. The GAO was asked for information on the status of the waiver review and approval process, and talked to many stakeholders (federal and state officials and advocates) in preparing its response.

In many ways the report is unsurprising.  The GAO found what states have known for a number of months – HHS and Treasury have set up a number of clear guidelines for states seeking waivers, mirroring the statutory requirements in the ACA. According to the ACA, Section 1332 waivers must ensure that coverage under the waiver is as comprehensive, as affordable and covers an equivalent number of people than coverage without the waiver. Additionally, the waiver must not add to the federal deficit. As cited by the GAO, guidance issued by HHS and Treasury clarifies for states how it plans to interpret the guardrails.

The administration makes it clear that waivers should recognize the distinct needs of vulnerable populations. Any waiver request that disadvantages vulnerable populations, including those close to the poverty line, those that are chronically ill, and the elderly – even if the overall effect on a state’s population is unchanged – will face greater scrutiny. Additionally, the administration warns states that waiver proposals that would increase the administrative burden of the federal government are unlikely to be approved. The waiver guidance also clarifies that proposals that would require state-specific changes to healthcare.gov would be unable to be approved due to technological limitations. The technology and administrative burdens raised by the guidance are not statutory requirements and therefore could be changed by a new presidential administration.

A key aspect of the waiver submission guidance is the use of forecasted data, rather than current data. This means that states need to look ahead, over the five-year waiver period, and compare the coverage landscape with and without the waiver. Therefore a state cannot say “Last year, we experienced X and we want a waiver to change that next year.” Rather, a state must forecast forward, taking into account the staggered implementation of ACA provisions, and effectively describe the future status with and without the waiver. For states seeking a 1332 waiver, this aspect of the application will require working closely with actuarial support and economic models.

Only two states have submitted waiver applications to date – Vermont and Hawaii – and both states are still in the initial review of whether their applications are . While HHS is taking the administrative lead for contacting the states, reports from states on the waiver process have described a true bi-agency review process with representatives of both HHS and Treasury involved in conversations with the states. 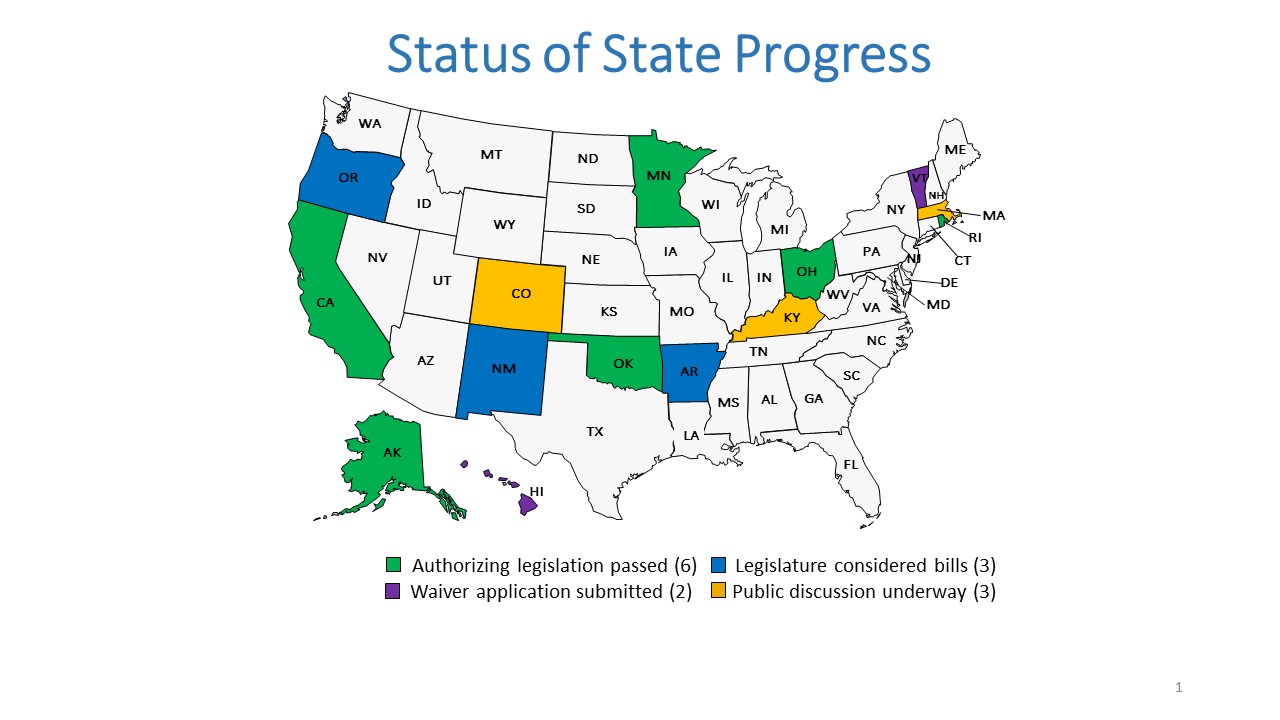 Although on two states have submitted waiver applications thus far, several others states, including California, Alaska, and Oklahoma have the requisite state legislative authority to submit a waiver and are in active planning .  As more states look to the opportunities available under Section 1332 waivers, a clear understanding of the rubric for evaluation that the federal government will follow is critical to effectively marshal resources to put a successful application together. Connecting with other states that have been through the process is also a valuable source of information for state officials.

The GAO report confirms that HHS and Treasury are taking appropriate steps to implement Section 1332 of the ACA, setting up controls to ensure that potential waivers meet the statutory requirements and also developing procedures for joint HHS and Treasury consideration of the waivers. What’s also clear from the GAO report, though, is that until a waiver is actually approved – until the rubber hits the road in essence – we won’t really know how federal authorities are applying the statutory requirements and its own regulatory interpretations of the provision’s guardrails.  For states, that makes section 1332 waivers exciting but daunting .